Compelling visual imagery is key to effectively  communicating climate change. Far from clichéd pictures of polar bears and smoke stacks, the topics in the Special Report on 1.5C (SR15) tell a more human and urgent story. The WGI Technical Support Unit collaborated with Climate Outreach to curate a photo library to illustrate the SR15. The 25 photos that you see on this page are drawn from the Climate Visuals project (www.climatevisuals.org), research undertaken by Climate Outreach and partners to create a more diverse, compelling and evidence-based visual language for communicating climate change.

Based on international social science research 1,2, the Climate Visuals project builds on seven core principles for effective visual communication, highlighting the importance of showing ‘real’ people and telling stories that matter to communities across the world.

For each of the 5 chapters, up to 6 photos were selected according to the Climate Visuals evidence-based principles. Every image focuses on a relatable human story and seen together as a whole, they illustrate key themes of the chapters.

These images have been widely used in IPCC communication materials, including the media launch and high-level international outreach activities. 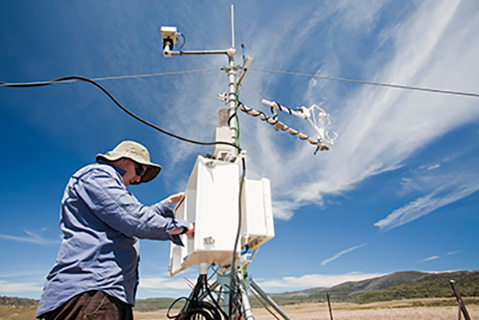 A study monitoring C02 exchange between the atmosphere and the soil, South-West Pacific.

Showing the human face behind the climate science rather than showing technology on its own is an essential component for effectively engaging public audiences. 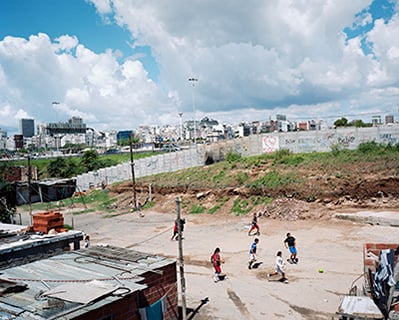 A game of football is played on the streets, South America.

Relating climate change to people’s daily lives means building a visual vocabulary that goes further than melting ice and wind turbines. Images like this one help situate climate change as something familiar, rather than a distant and remote phenomenon. 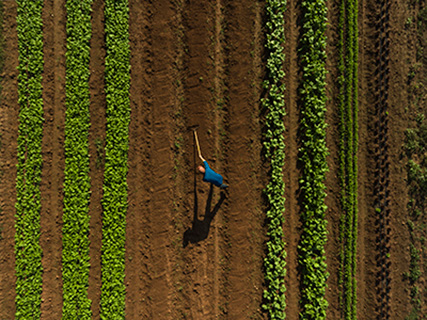 Farmer preparing the soil before planting, Central and North America.

Images that help make this connection in the public mind play a role in making this goal a reality, and research suggests that ‘showing by doing’ is an effective visual message for public
audiences. 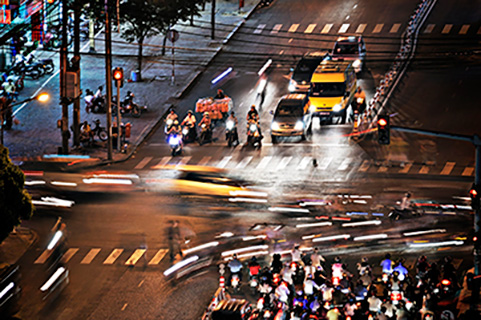 Images like this help to locate the IPCC’s findings in a context recognisable to many millions of people around the world, and show topics related to climate change at a scale that research suggests is an effective way of engaging viewers. 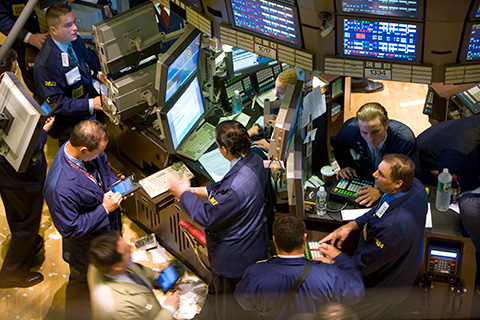 Traders on the floor of Stock Exchange, Central and North America.

Research shows the importance of providing new visual stories for climate change beyond landscapes and the environment, and beyond images related to energy technologies with no people in sight. 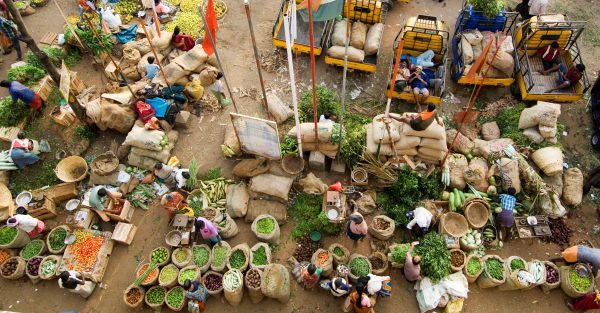 Viewing a market from above, Asia

Research has found that showing direct links between
climate change and day-to-day issues helps climate change to be understood and perceived as being part of the tapestry of
human life, not separate from it. 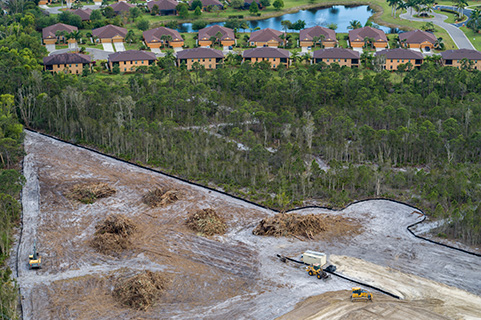 Research has found that showing causes of climate change on a large, industrial scale is more effective at engaging public audiences than through images of individuals’ behaviours, showing, for example, someone driving or eating a meat-based meal. 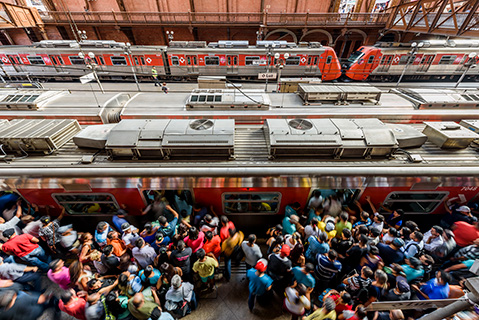 Crowd of people moving into a train, South America

Research has found that images showing low-carbon behaviours as part of everyday life are well received by a non-specialist audience. 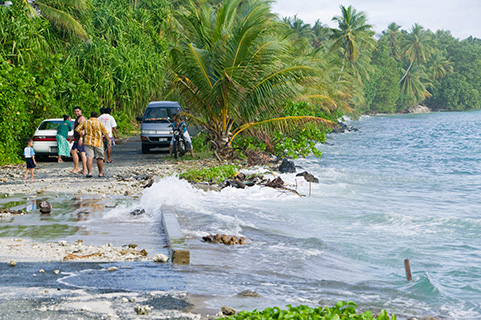 This image includes recognisable people, being impacted locally. Research suggests making this link as tangibly as possible is crucial for engaging audiences and situating climate change in the ‘here and now’. 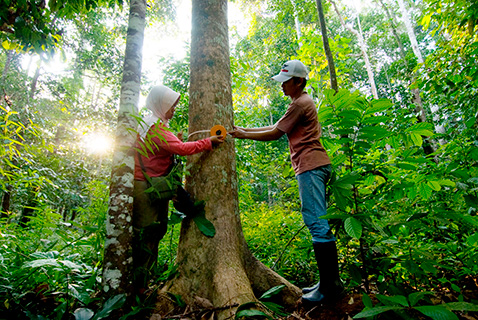 Research suggests that showing ‘experts at work’ brings a human face to climate science and this is an effective way to convey the science of climate change that may otherwise seem opaque or intangible. 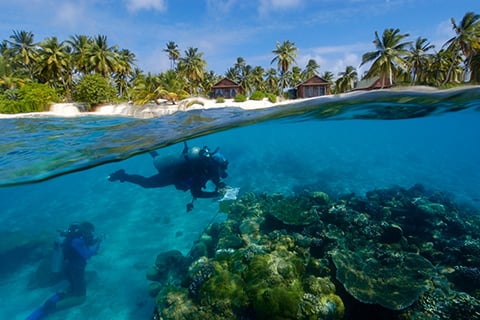 Research has found that the presence of an identifiable individual in an image related to climate image encourages viewers to make the ‘human connection’ to the scene portrayed in the image. 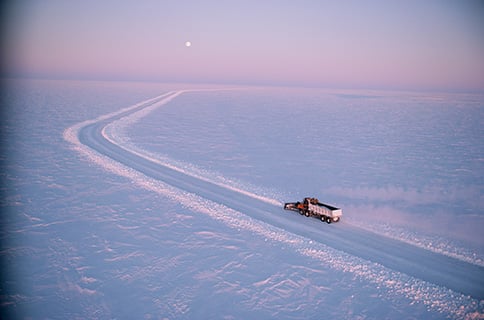 Research has found that images making a direct human connection – even in remote, icey snowscapes – are more effective in engaging the viewer’s attention than when a human subject was absent. 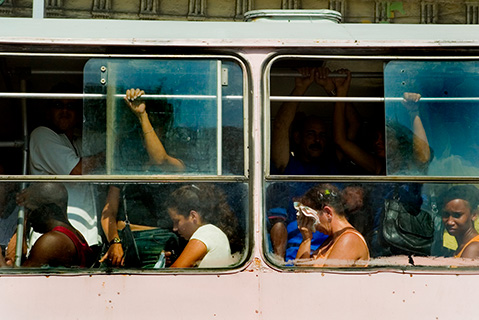 The window of a bus in the heat of summer, Central and North America

Research has shown that images that show the challenges of heat, rather than people crowding on to beaches or playing in city-centre fountains – help tell a powerful human story about climate change. 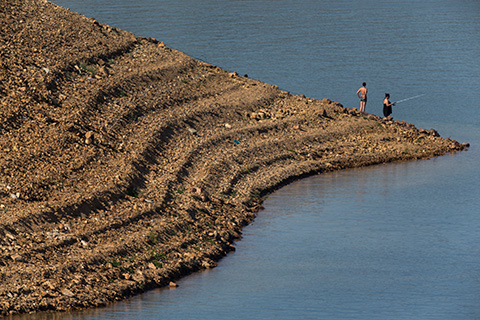 Low water levels of a lake during a historic drought, Central and North America

Research has found that telling ‘local’ visual stories is an important component for effective engagement – showing real people, in a range of regional contexts, being affected by and responding to climate change. 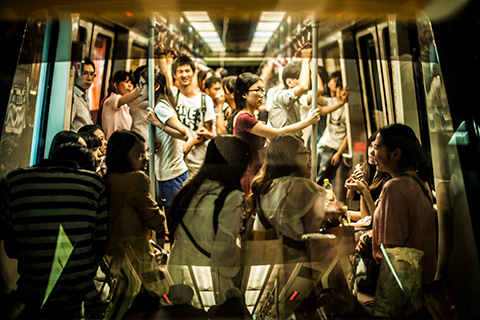 Commuters ride a subway car during a holiday, Asia

Research has found that images of ‘ordinary people’ doing ‘ordinary things’ in images to represent low-carbon choices were preferred over images that showed people posing for the camera, or that appeared staged. 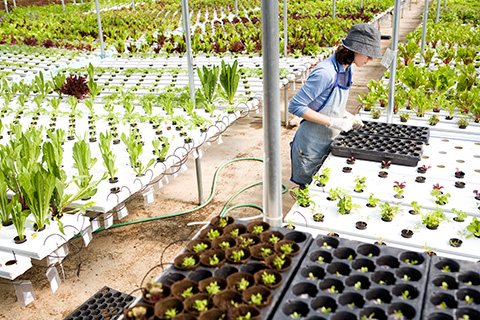 Seedlings are being prepared to transplant into empty water channels, Central and North America

Research has found that images of people engaging in positive, proactive activities as a response to climate change were preferred over images that showed people posing for the camera, and will likely generate a positive emotional response. 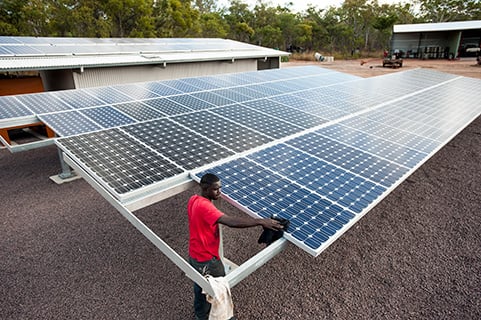 A ranger cleans the solar panels that power a ranger camp, South-West Pacific

Research has found that images of renewable energy that show ‘real people’ benefiting from, or interacting with climate solutions like this are powerful communications tools. 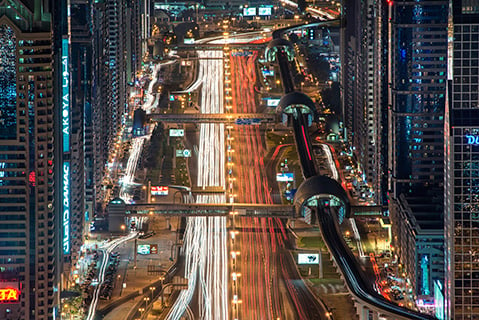 Research has found that providing new visual stories to engage beyond images typically associated with climate change is crucial. The connection between climate change and cities is not regularly made in imagery. 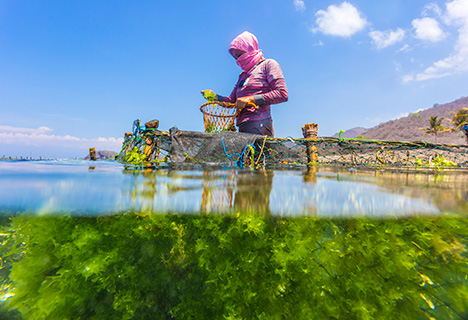 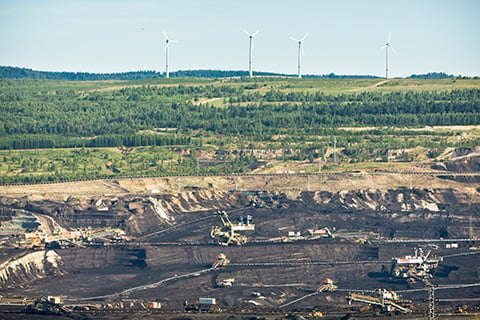 A coal mine with wind turbines in the background, Europe.

Research suggests that when people are confronted with activities related to climate change on a large scale – such as this coal mine – they are more likely to engage with the issue than showing individual-level behaviours (e.g. a family driving a car or one person burning coal). 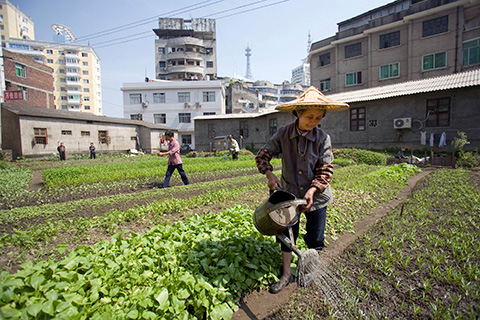 Research suggests that showing people proactively engaging with ways of building resilience to climate change, is likely to produce a positive emotional reaction among viewers: showing by doing. The buildings in the background also add a ‘contrast’ the green vegetable garden – something which is likely to draw the viewer in. 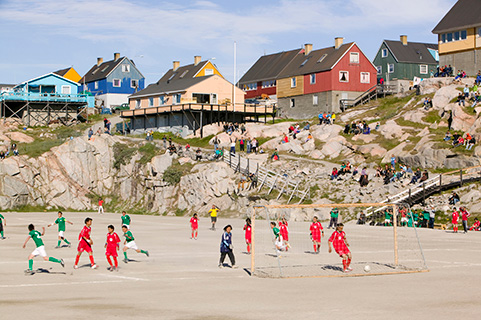 A football match in a polar region, Europe

Research has found that viewers are engaged not only by images that directly show climate causes, impacts and solutions, but have an appetite for new visual stories that show ‘how we will live’ in towns, villages and cities around the world, in the context of a changing climate. 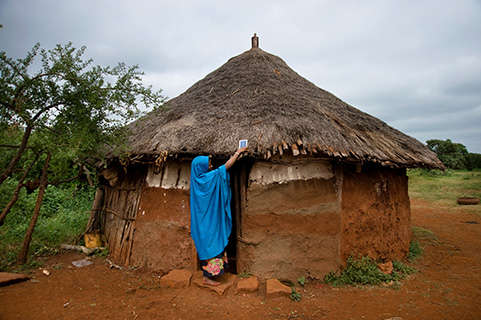 A woman placing the portable solar panel she uses to recharge her mobile phone and lamp on the roof of her cabin, Africa. 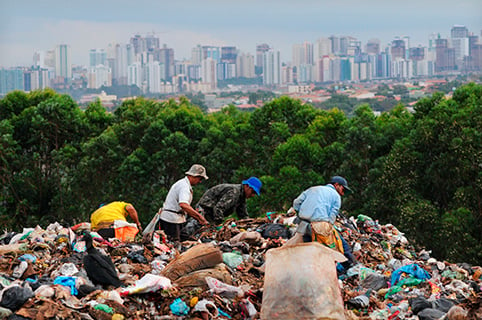 Research has found that images showing a direct link to human subjects engage more effectively with a general public audience. The city in the background provides a further human link to the story of waste shown in the foreground. 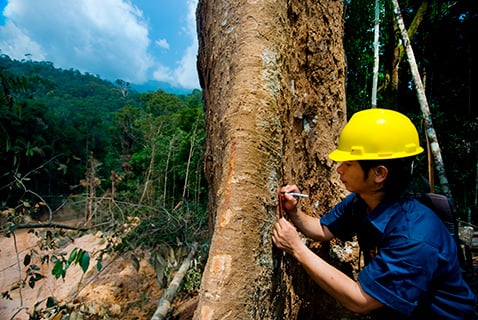 Forest planner placing red and yellow tags on trees that should not be cut because they are part of a carbon sequestration research project, Asia

Research has found that people are more engaged by images of ‘people at work’ (including scientists) than by static images of people standing. Telling the human story of climate change means showing the human face of climate science.