There are many ways to engage with the IPCC

The Intergovernmental Panel on Climate Change (IPCC), the UN body for assessing the science related to climate change, is celebrating its 30th anniversary in 2018. This webpage contains communication materials to help raise awareness about the work, activities and findings of the IPCC and support the efforts of stakeholders willing to organize events dedicated to the IPCC during this year of celebrations. The webpage contains materials such as factsheets, brochures and videos. The IPCC was established by the United Nations Environment Programme (UNEP) and the World Meteorological Organization (WMO) in 1988 to provide the world with a clear scientific view on the current state of knowledge in climate change and its potential environmental and socio-economic impacts. Since its inception the IPCC has produced five comprehensive Assessment Reports and several Special Reports on specific topics. The IPCC has also produced Methodology Reports, which provide practical guidelines on the preparation of greenhouse gas inventories for the inventory reporting requirements of Parties to the United Nations Framework Convention on Climate Change (UNFCCC). At the end of 2007 the IPCC was awarded the Nobel Peace Prize together with Albert Arnold (Al) Gore Jr. were awarded the Nobel Peace Prize “for their efforts to build up and disseminate greater knowledge about man-made climate change, and to lay the foundations for the measures that are needed to counteract such change”. 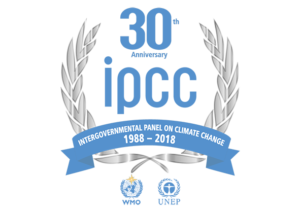 The IPCC is currently in its Sixth Assessment cycle and will be delivering one or more policy-relevant reports every year from 2018 to 2022, except for 2020. The first of these reports, Special Report on Global Warming of 1.5ºC, was finalized in October 2018 in time for the Talanoa dialogue as per the request of COP21. In 2019, the IPCC updated its methodologies in order for countries to report their emissions in line with the Paris Agreement on the basis of the best science. Two other special reports on land and on oceans were finalized in 2019. The Special Report on the Ocean and Cryosphere in a Changing Climate assesses new knowledge related to sea-level risks and options for increasing coastal resilience in both human and natural systems. It looks at water from the mountain top to the sea. During the Sixth Assessment Cycle, the IPCC has also assessed many topics related to life on land including desertification, sustainable land management and food security in a Special Report on Climate Change and Land. The full Sixth Assessment Report, including three working group contributions and the Synthesis Report is scheduled for completion in 2022, in time for the first global stocktake under the Paris Agreement the following year.

The last, Fifth Assessment Report (AR5), was finalized between 2013 and 2014, and provided a key input to the Paris Agreement. The key findings of the Synthesis Report are:

It is the most comprehensive assessment of scientific knowledge on climate change since 2007 when the Fourth Assessment Report (AR4) was released. Over 830 scientists from over 80 countries were selected to form the author teams producing the report. They in turn drew on the work of over 1,000 contributing authors and over 1,000 expert reviewers. AR5 assessed over 30,000 scientific papers. It was released in four parts between September 2013 and November 2014. AR5 is made up of the full reports prepared by the Working Groups (I, II and III) and their Summaries for Policymakers as well as the Synthesis Report.